The Right Choice for a Clear Connection 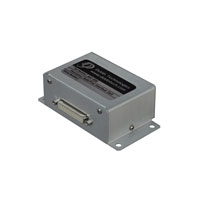 The Deklin Technologies, Inc. has developed the TR1 and TR2 series Transformer/Relay adapters as a pre-assembled autopilot interface unit following the interconnect specifications and component requirements recommended by Aspen Avionics for PFD installations when interfaced with Century autopilots. It is intended to provide a convenient installation for installers to use in place of producing the same circuits from discrete components as specific in PFD installation manual.

The TR1 and TR2 prefabricated assemblies assist Dealers installing the Aspen Avionics EA100 emulating the gyro interface with Century Autopilots saving valuable time sourcing, designing and building their own assembly. The TR1 and TR2 are housed in a small aluminum enclosure with the same wiring interface as outlined in the installation manual ready for installers to plug in. The TR1 and TR2 can be ordered with an optional relay when needed for a Flight Director interface. These adapters are an addition to Deklin Technologies AIU adapters already used by many Dealers to ease installations of PFD’s to the Century autopilots.

1 each AIU-900IK Installation Kit consisting of: